A Short Bright Flash: Augustin Fresnel and the Birth of the Modern Lighthouse

A Short Bright Flash: Augustin Fresnel and the Birth of the Modern Lighthouse
by Theresa Levitt
Illustrated Edition 288 Pages

How a scientific outsider came up with a revolutionary theory of light and saved untold numbers of lives.

Augustin Fresnel (1788–1827) shocked the scientific elite with his unique understanding of the physics of light. The lens he invented was a brilliant feat of engineering that made lighthouses blaze many times brighter, farther, and more efficiently. Battling the establishment, his own poor health, and the limited technology of the time, Fresnel was able to achieve his goal of illuminating the entire French coast. At first, the British sought to outdo the new Fresnel-equipped lighthouses as a matter of national pride. Americans, too, resisted abandoning their primitive lamps, but the superiority of the Fresnel lens could not be denied for long Soon, from Dunkirk to Saigon, shores were brightened with it. The Fresnel legacy played an important role in geopolitical events, including the American Civil War. No sooner were Fresnel lenses finally installed along U.S. shores than they were drafted: the Union blockaded the Confederate coast; the Confederacy set about thwarting it by dismantling and hiding or destroying the powerful new lights.
Levitt’s scientific and historical account, rich in anecdote and personality, brings to life the fascinating untold story of Augustin Fresnel and his powerful invention.
60 illustrations, 6 maps

There are no reviews yet.

Be the first to review “A Short Bright Flash: Augustin Fresnel and the Birth of the Modern Lighthouse” Cancel reply

Be a part of history.

Even though this is a hallway with a staircase, the space is large and contains a stocked book and game cabinet. Please take the virtual tour by viewing the pictures below. Please be patient, the pictures can be slow to load. 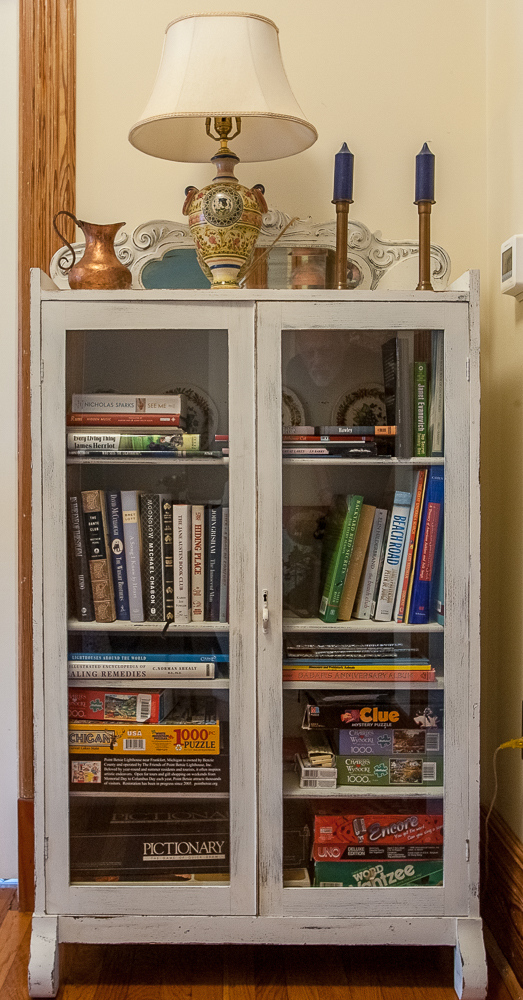 The apartment contains a full bath. Please take the virtual tour by viewing the pictures below. Please be patient, the pictures can be slow to load. 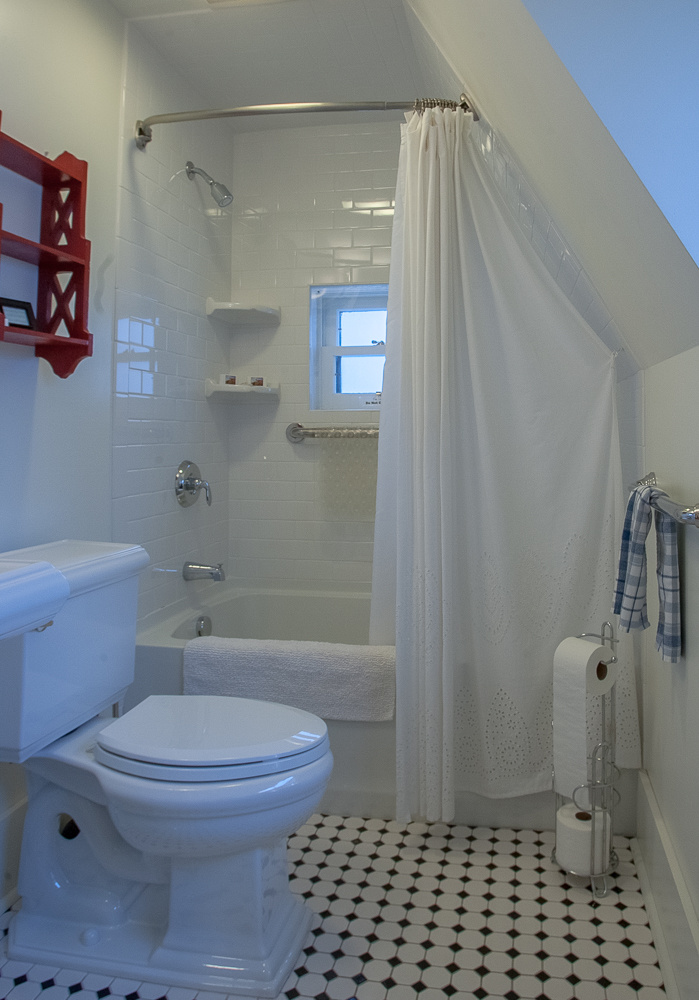 Welcome to the sitting room.  This is a comfortable place to enjoy your stay.  Please take the virtual tour by viewing the pictures below. Please be patient, the pictures can be slow to load. 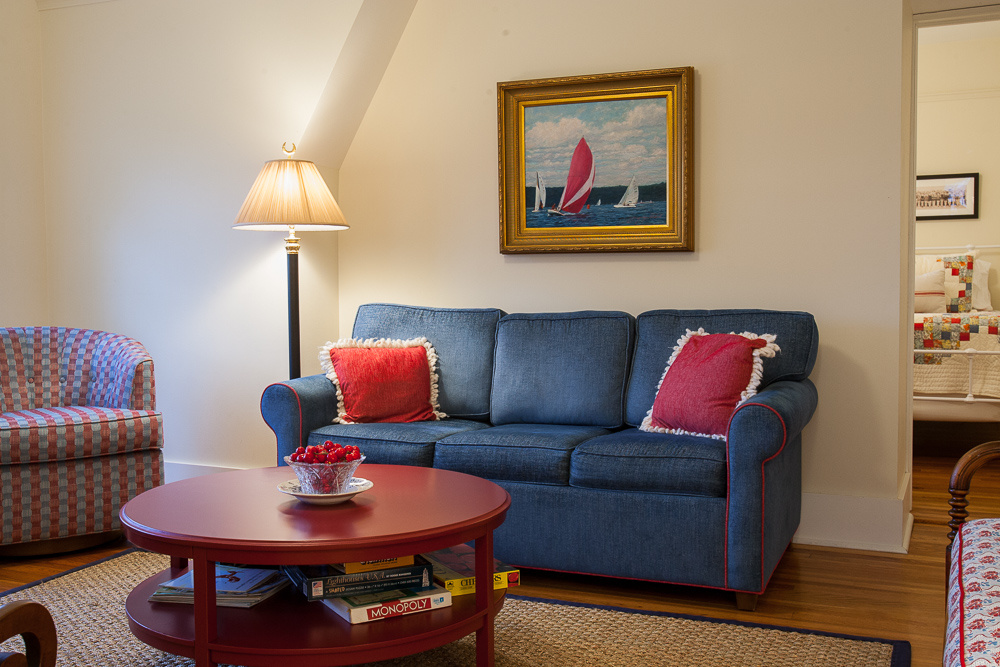 This is the master bedroom. Please take the virtual tour by viewing the pictures below. Please be patient, the pictures can be slow to load. 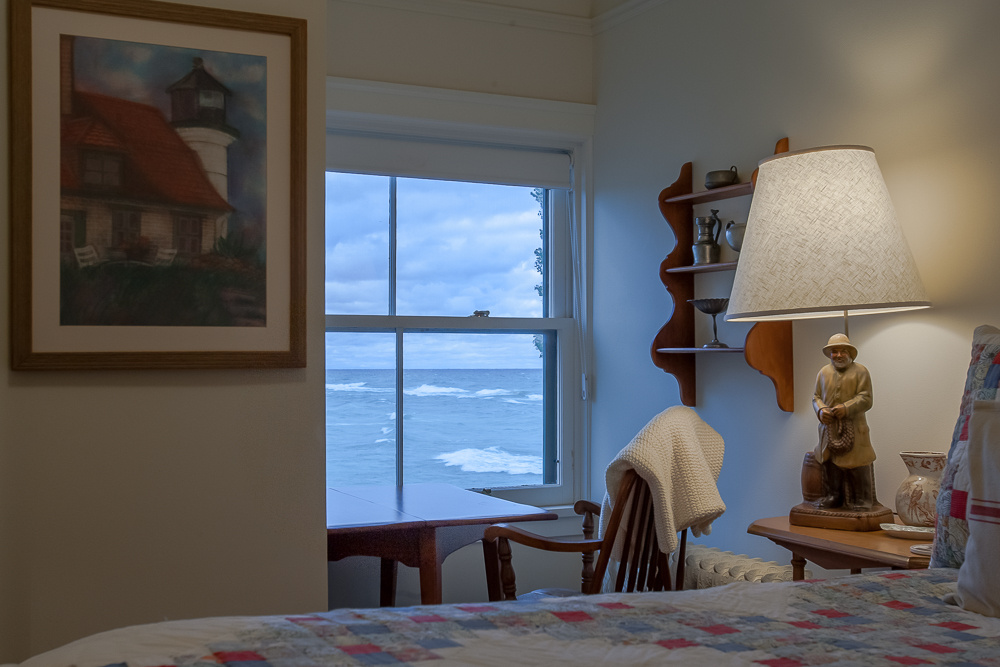 Preparing meals of just foraging for snacks could not be easier with a fully equipped, large, and modern kitchen. Please take the virtual tour by viewing the pictures below. Please be patient, the pictures can be slow to load. 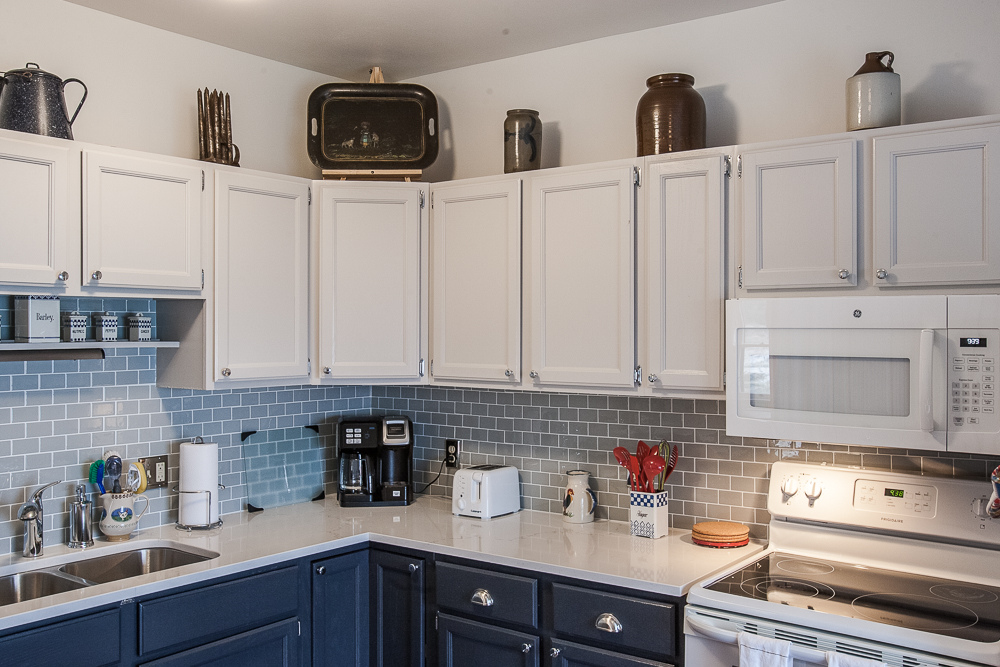 This is the secondary bedroom. Ideal place for those kids after a sun filled day on the beach. Please take the virtual tour by viewing the pictures below. Please be patient, the pictures can be slow to load. 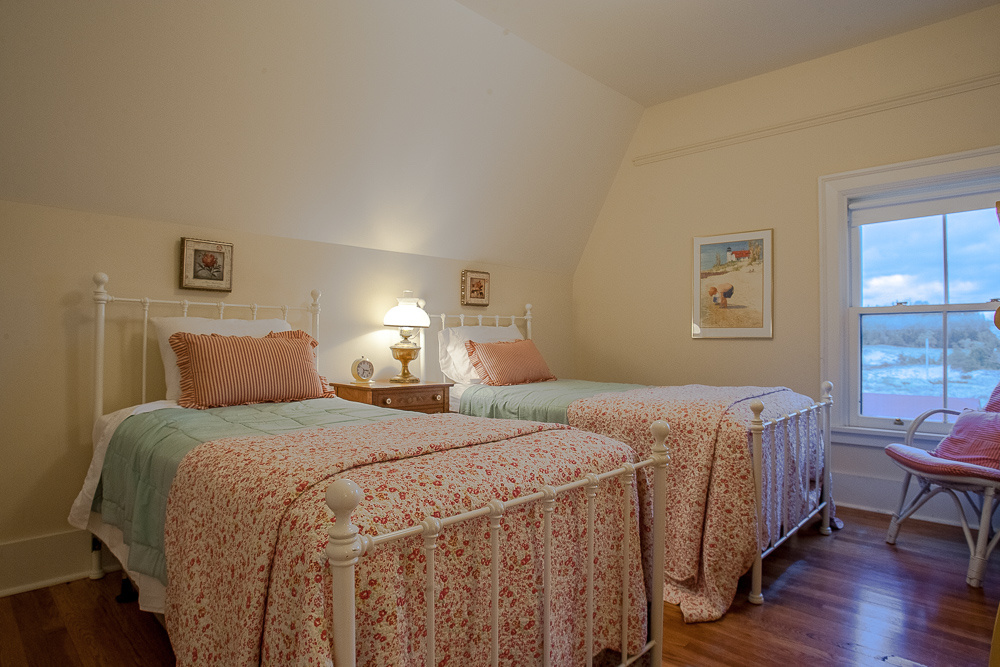 Lake Michigan is the second largest of the Great Lakes by volume and third largest by area. Its strong winds and shifting bottom caused countless shipwrecks in this area. The U.S. government built a lighthouse at Point Betsie which began operation in 1858, before the Civil War. The lighthouse marked the south entrance to the heavily traveled Manitou Passage and was like other lighthouses, manned by one keeper and his family. It was a lonely, but important job. Find more interesting facts about the lighthouse in the history section of this website.

Point Betsie’s first light began guiding and warning ships in 1858. The lightkeepers, a.k.a. “wickies,” lived at Point Betsie, and for most of their time they fired the kerosene lamps by hand. It was only in 1921 that the station hooked up to the electric grid and an electric bulb was installed in the lens. With automation came a reduced need for lightkeepers altogether, and the last keeper retired from Point Betsie Lighthouse in 1963, although it wasn’t completely automated until 1984. The US Coast Guard oversees the operation of the current, automated light at Point Betsie today. Thanks to technology, it doesn’t require an “in-person” keeper but continues to shine its familiar beacon of light.

Fog Signal Building is where the distinctive wail and sound pattern of the fog horn would tell sailors where they were, not just how close to shore.

Fog signals have received much attention at Point Betsie. In the autumn of 1912, the fog signal building was rebuilt. The 10-inch (250 mm) locomotive whistles were replaced by 10 inch chime whistles. In 1921, upon being connected to the electrical power grid, a 110-volt electric bulb was installed, and the fog signal upgraded to twin Type “G” diaphones, driven by electric air compressors. The diaphone doubled the audible radius, and had the added benefit that it could be brought on line immediately, without waiting for steam engines to build pressure. The following April the fog signal’s characteristic was changed to a group of two blasts every 30 seconds.

Unfortunately, the Point Betsie Lighthouse’s warning light wasn’t enough to prevent many of the area’s shipwrecks so a life-saving station was opened at Point Betsie in 1877 to rescue shipwrecked victims. A fog signal was installed and manned in 1891 to warn ships of the close shoreline. The lighthouse was no longer the only building on Point Betsie. This also meant the keeper and his family were no longer alone. There were more brave people working there to keep ships, crews and passengers safe. Exciting stories of these important services are told at our lighthouse and museum.”

In 1947 a cement collar with metal ribs was installed to protect the lighthouse from high water damage. 2019 and 2020, again, brought record high water levels and it is time to repair and update those structures. See our donation button if you would like to help with our shoreline protection system and keep our lighthouse safe for future generations to enjoy.

Fabulous sand dunes that are protected by the conservancy…here is the link:

These are private homes.  What a wonderful place to live.  Please respect.

Ample parking that is free

Point Betsie Lighthouse is located on the beautiful Lake Michigan shoreline south of the Sleeping Bear Dunes and north of Frankfort, Michigan. The original 1858 lighthouse, keeper’s residence, fog signal building, and Boathouse Museum are open to the public. Our gift shop carries gifts, apparel, toys, and decorative items to help you remember your trip to the Point Betsie Lighthouse.

The name Point Betsie originates from the Native American people who were in the area and communicating with the French at the time. The French “Pointe Aux Bec Scies” comes from the Indigenous word “Ug-Zig-A-Zee-Bee” which People of the Three Fires [Tribal] Council gave to a river flowing into Lake Michigan just a few miles to the south, where sawbill or Merganser ducks thrived. Translated, Point Betsie means Saw Beak Point. [1] Construction of Point Betsie began in 1854 and was completed in 1858, with service beginning in the shipping season of 1859. The lighthouse was constructed at a cost of $5,000. The light was the site of one of the earliest Life-Saving Stations, built in 1875. The cost of the Life Saving Station was $3,000. [2] Point Betsie was built with Cream City Brick and the plans called for a light 37 feet in height from the foundation to the top of the ventilator ball. Placement of the structure, on the dunes, exacted the lighthouse at a focal plane of 52 feet above lake level. Five concentric brick rings encircling the tower beneath the lantern, each successively larger in diameter than the lower ring, formed a support for the gallery on which a decagonal cast iron lantern was installed. In 1900, due to a critical need for a day marker, the Point Betsie tower and dwelling were painted white, and the roof and parapet were painted red. Point Betsie was the last lighthouse on Lake Michigan to be completely automated; a white, Vega VRB-25 was installed in 1983. Before automation, the lantern room was fitted with a Fourth Order Fresnel (pronounced fruh-nel) Lens. The “wickies” operated this light for 106 years. [3].

“In 2010, this site received The Governor’s Award for Historic Preservation. Today, with 300 members strong, The Friends of Point Betsie Lighthouse continue to preserve the site, and educate the public about Point Betsie Lighthouse. Dedicated volunteers and caring individuals serve as museum guides to the delight of guests who will often hear stories steeped in history and lore. To many, Point Betsie is arguably one of the finest of all historical lighthouse sites in the Great Lakes region.

Point Betsie is listed on the National Register of Historic Places, Reference #84001375.

We welcome you to Point Betsie Lighthouse!  Come visit us for a tour or to spend some time on our beautiful beach.  Inside the lighthouse you will find interesting exhibits telling the history of Point Betsie along with examples of the living conditions that the lighthouse keepers experienced.  Experience an exhilarating view from the top of the lighthouse tower.  It is only 34 steps up a spiral staircase.  You will enjoy stories told by an knowledgeable docent.